April in the Lake District

An insider’s guide to April in the Lake District featuring the best festivals, attractions, walks and things to do.

Why spend April in the Lake District?

The best things in life are worth going that extra mile for. This is how we feel about the Western Lake District. On your way here you might pass signs for notorious towns like Kendal, Ambleside and Windermere but in doing so you leave behind the bustling crowds and busy traffic – of the roads and fells.

April in the Lake District presents a patchwork of enchanting lakes, picturesque valleys, striking woodlands and interesting trails to explore. This side of the Lakes also boasts historic towns and castles as well as a thriving coast, presenting a land of vivid and exciting contrasts.

Early April is when the flowers start blooming and transforming the area into a quilt of rich colours. The beautiful primroses and bluebells appear in their thousands and the Beech trees come into their own. By now the weather is generally settled, giving way for the Cumbrian countryside to create the perfect backdrop for a gentle stroll or a more challenging trek. There is plenty to do before bringing the day to a close with a relaxing tipple in a beer garden.

Situated right on the doorstep of one of the most picturesque areas of the Lake District National Park is The Trout Hotel. With our insider’s guide to this stunning area, you’ll be introduced to new walks, attractions and quaint picnic spots while getting the best of both worlds – tranquility and beauty.

Where shall I stay?

Described as an “enchanting town” by those who have walked its cobbles, Cockermouth is at the confluence of the rivers Cocker and Derwent. It’s nestled at the edge of the National Park and has a wide range of independent shops, galleries and attractive Georgian architecture to keep it’s visitors occupied for days. And that’s disregarding the time you’ll spend chatting with the friendly folk that live here.

The historic market town has been home to The Trout Hotel since 1670. It was first built as a private residence for the Egremont Estate and was originally known as Sandclose until it became the Lakes Hotel in 1934. In the 1960s, as trout and salmon fishing became popular on the local rivers, the hotel changed its name to The Trout Hotel. Over the years it became a favourite retreat of Hollywood legend Bing Crosby who loved to visit for fishing breaks.

Based right in the centre of Cockermouth, The Trout Hotel now offers 49 elegantly designed bedrooms and three exclusive dining settings. Situated a few minutes walk from our front door are paths and picnic spots along the rivers Cocker and Derwent; the museum at JB Bank’s Ironmongers and enough shops and galleries to entertain all of the family. Other local facilities include the Kirkgate Arts Centre, the Leisure Centre and pool and Jennings Brewery. Not forgetting the playground that is the Lake District National Park – where you can enjoy walking, cycling and a game of golf in the most stunning surroundings possible. There’s always a chance of seeing a red squirrel too.

Cumbria’s most famous literary character jumps from the page and comes to life in this charming and interactive exhibition.

Suitable for all the family, the exhibition tells the story of how Peter Rabbit was created and includes original artworks and manuscripts which are rarely exhibited. It also reveals a fresh insight into the innovative way Beatrix Potter developed Peter Rabbit toys and games. 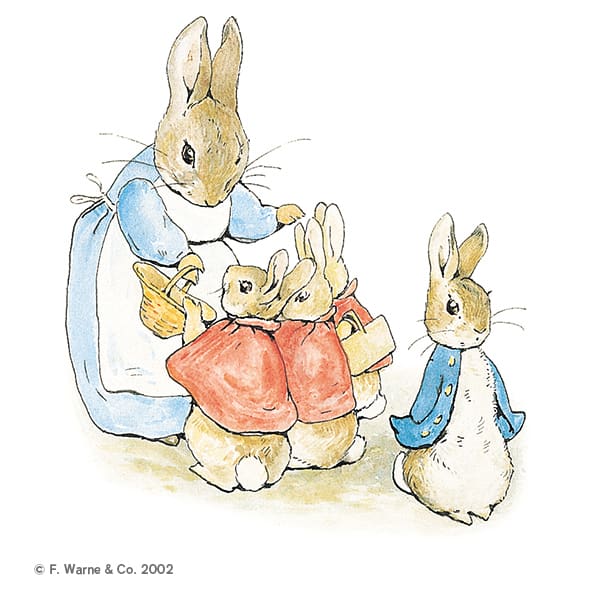 This Easter, not only will you be treated to a long weekend, you’ll also be treated to exclusive food and drink offers in the Derwent Restaurant.

The AA Rosette Restaurant menu offers all things delicious and combines mouth watering flavours, contrasting textures and wonderful presentation. A three course lunch priced at £24.95 will be buy one get one half price and as well as fabulous lunchtime offers, you could also receive a complimentary cocktail when you join us for dinner during the Easter weekend. Booking is highly recommended. 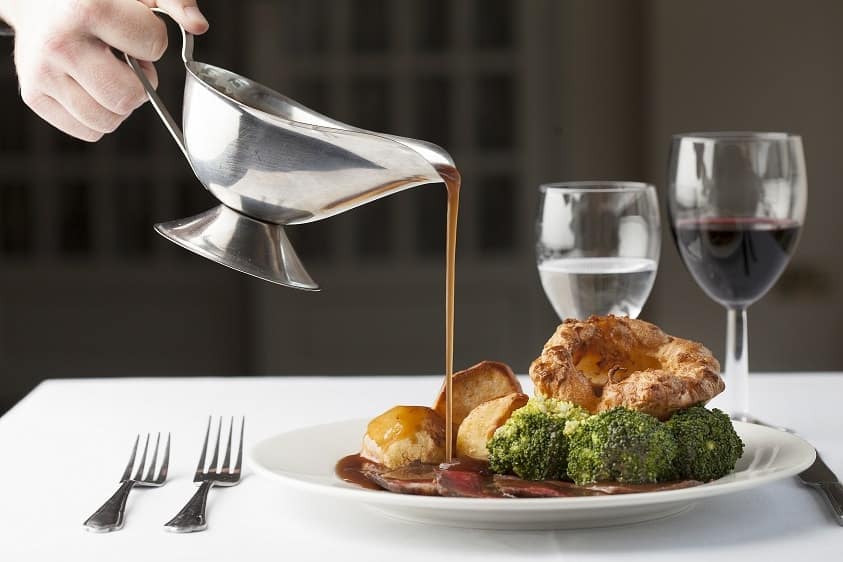 For the ultimate family day out, where you can either accompany the children or leave them to their own devices, head over to Keswick for the yearly National Trust and Cadbury Easter Egg Hunt.  You’ll be running through muddy woodlands, around mystical lakes and along nature trails and rewarded with a delicious Cadbury’s egg at the end of a successful hunt. What’s more, each participant will be helping to fund vital conservation work to protect special places for future generations to explore. 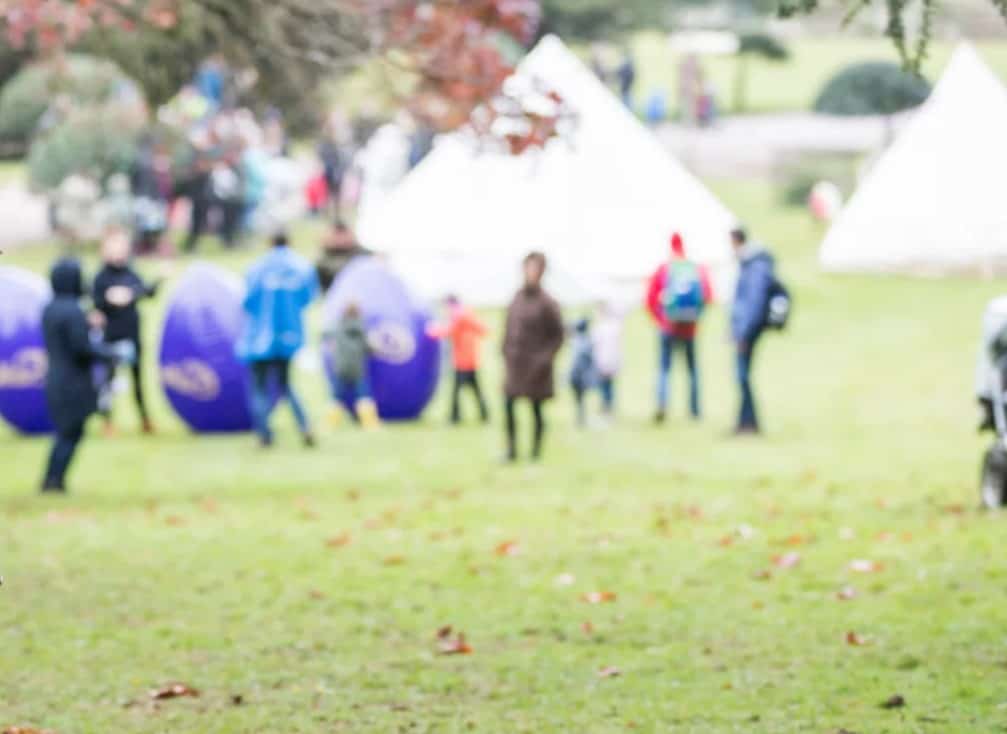 This fantastic folk trio has been credited as one of the fastest rising bands of the UK folk scene since winning the 2015 Young Folk Award and being nominated for the 2017 BBC Radio 2 Folk Awards’ Horizon Award. You might have seen them in renowned festivals such as Celtic Connections or the Cambridge Folk Festival, where their dynamic and captivating performances light up a stage from the very first note.

Go along to tap your feet and enjoy a night of energetic folk fusion.

When someone can sell out a show at the Edinburgh Fringe Festival two years in a row, you know they’re good. Award winning comedian George Egg has combined everyone’s two favourite things – cooking and comedy – in this spectacular new show. And yes, he actually cooks on stage! His witty response to being told that he needed to change his diet and being banned from the kitchen sees him having to think of other ways to feed himself. Expect power tools, gardening equipment and office supplies to be re-purposed and abused. 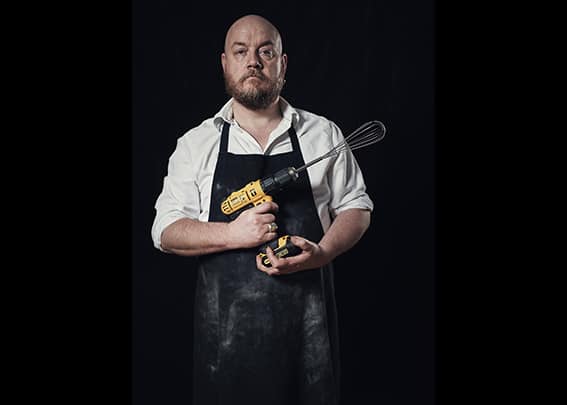 Fell of the month

In the Lake District, Skiddaw is the tallest peak around. Standing in at 931 meters (3054 feet) tall, it’s the sixth highest mountain in England. Skiddaw offers well trodden, wide paths and plenty of tracks to choose from – so you can do a round trip or come back the same way. April in the Lake District would be the perfect time to explore it.

The mountain lends it’s name to the surrounding areas of ‘Skiddaw Forest’, ‘Back o’ Skidda’ and ‘Skiddaw House’ to the east – which was formerly a shooting lodge and is currently a Youth Hostel.

Detailed route suggestions as well as a downloadable map can be found here:

Things to keep in mind before visiting

If you’re going to be attempting to conquer Skiddaw during April in the Lake District, be sure to kit yourself out in proper walking boots, good waterproofs and carry enough water and high energy snacks. A detailed OS map and a compass would be useful, if you know how to use them. Always take a phone in case of emergencies, but remember that signal can be scarce.

The locals will tell you that in April the weather can change in the blink of an eye so make sure you’ve thought ahead.

There are no rail links directly to Cockermouth. Our advice would be to travel with car if possible but there are plenty of buses if you don’t drive. It’s around a 15-minute trip to Keswick and the heart of the national park; 40 minutes to Carlisle and 45 minutes to Penrith and the M6.

Cockermouth is a town that offers almost everything a visitor might want. Officially classified as one of England’s ‘Gem Towns’, it has a charming nature but does not suffer from the overcrowding that is seen in other Lakeland towns. After you have explored the plentiful offerings of The Western Lakes a warm, relaxing atmosphere will be awaiting you back at The Trout Hotel.